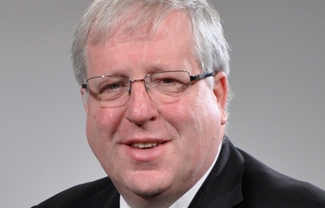 The Chairman of the Conservative Party, Sir Patrick McLoughlin will officially open the Made in the Midlands, East Midlands exhibition on Thursday 17th November at the iPro Stadium, Derby.

Made in the Midlands Managing Director, Jason Pitt stated: “It is fantastic that Sir Patrick will be opening our East Midlands exhibition as the MP for Derbyshire Dales and the Chairman of the Conservative Party. Sir Patrick is a central figure within British politics, so we hope that our members are excited to showcase the services they provide throughout British industry.”

Sir Patrick is one of few Conservative MP’s that was a manual worker before being elected to Parliament. He left his comprehensive school in Cannock, Staffordshire without any qualifications and has previously worked as a miner.

Sir Patrick was also the Secretary of State for Transport between September 2012 and July 2016. He oversaw large-scale investment in rail in the wake of increasing passenger numbers in the years following rail privatisation. From 2014-19, £38 billion of improvement works are planned, including Crossrail, the Thameslink Programme, electrification of the Great Western Main Line and the Northern Powerhouse scheme to boost transport links in the North of England.

The East Midlands exhibition will include a range of fantastic seminars throughout the day. British motorcycle marque, Norton Motorcycles will be delivering a seminar between 10:30am until 10:50am, followed by one of the largest multinational aerospace and transportation companies, Bombardier, who will be talking from 11:00am until 11:20am in the Pedigree Suite.

Made in the Midlands COO, Charles Addison said: “Our seminar slots are going to offer expert insights into different perspectives from within the manufacturing sector. We know that East Midlands manufacturers are eager to collaborate with each other to make British manufacturing stronger, so this year we have endeavoured to make our East Midlands exhibition bigger and better than ever.”