Professor Kevin Morley Announced as Guest Speaker at the Made in the Midlands Awards 2015. 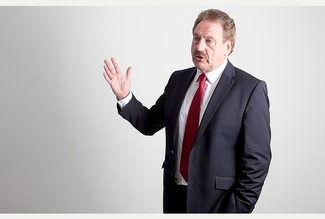 Professor Kevin Morley has today been announced as the special guest speaker at the Made in the Midlands Awards. The honorary Head of Business at the University of Warwick will be speaking at the event as well as presenting all the winners with their awards.

Professor Morley started his career with Ford UK and in nine years received 11 promotions. He then moved to Austin Rover UK as Marketing Director. In 2009, he appeared in Channel 4’s reality programme, The Secret Millionaire.

Made in the Midlands Chief Executive, Jason Pitt said ‘I am really excited to have Professor Morley on board as guest speaker at the awards this year. He has a wealth of knowledge and experience across the manufacturing industry and we can’t wait for him to share some of his experiences with our attendees.”