Petford Group honoured at the Made in the Midlands awards 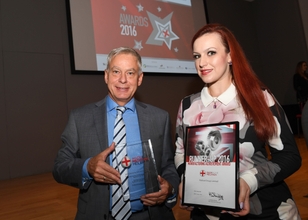 Petford Group received a rousing applause from local manufacturers after finishing runner-up at the 2016 Made in the Midlands awards on 20th October at IET Birmingham: Austin Court following their incredible year in business.

Back in May, Petford announced an £8 million investment into the company to support their continual growth. This investment was dedicated towards their new premises and growing their moulding division even further. This will ensure Petford's continued support to major OEM’s and Tier One suppliers across the globe.

Petford’s Managing Director, Melvin Sinar stated: “I am absolutely delighted, mainly due to the fantastic team I have in place here. I have already spoken to the team and we are determined to come back and win next year’s Made in the Midlands awards. It is a great honour and we are really looking forward to the next twelve months.”

Petford have become one of the country’s leading tool makers and injection moulders. They use the very latest in computer aided design and their highly skilled workforce offer the capabilities of data transmission, modelling, digitized information and reverse engineering.

Petford have dramatically changed and grown their tooling division, since the £800,000 installation of a brand new Correanayak milling machine. This now enables them to handle tooling up to 50 tonnes in weight and seven metres in length. Petford also confirmed that they have sourced £16.5 million worth of orders so far this calendar year.

Petford are staunch advocates for women in engineering and recognised the immense contribution of Marketing Executive, Kira Edwards, as Sinar explained: “I have a great woman in Kira, as she does all of the marketing and will spot any new potential business opportunities. She is very professional and she is aware of everything that we do here, so it was very easy to put the awards application together this year.”

Made in the Midlands CEO, Jason Pitt stated: “Petford Group’s application was truly brilliant. They are a fantastic example of a local manufacturer that continue to invest, grow and innovate in the face of success. I am certain that our guests today were blown away by their achievements and we wish them all of the greatest success in the future.”

Petford have established a brilliant platform to move forward, as Sinar concluded: “It has only been the last five years where we have considered ourselves fit enough to go forward for the awards. But I now feel that we have a successful team and products that have taken us to the highest level. We have got a lot of new projects going on and we can confirm that we have a major investment set for the future.”