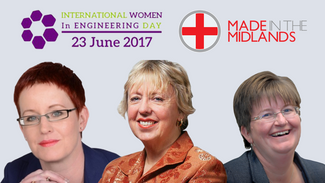 Liberal Democrat Equalities Spokesperson, Baroness Burt of Solihull has emphasised the importance of utilising the incredible talent pool of women across the UK to mark International Women in Engineering Day.

Baroness Burt urged business leaders within Made in the Midlands and the wider engineering community to seize advantage of the benefits that diversity can provide. She also encouraged female leaders within the sector to blaze a trail for the future generation of female engineers.

The Women’s Engineering Society statistics document found that companies are 15% more likely to perform better if they are gender diverse. The document also revealed that the UK has the lowest percentage of female engineering professionals in Europe, at less than 10%, while Latvia, Bulgaria and Cyprus lead with nearly 30%.

Baroness Burt stated: “Gender diversity is very important, there is a business case for having more women, as well as a moral and talent case. If you have different diverse individuals contributing towards a company's success and productivity then it is clear that it is going to be more successful.”

The manufacturing and engineering sector can still be tarnished with the misconception of being ‘a dirty job' which business leaders aim to eradicate to attract more talent. The exponential growth in technology has also led many manufacturers to claim the sector is facing a fourth industrial revolution labelled Industry 4.0 which has removed the limitations that may have previously existed within the sector.

Kirsty Davies-Chinnock, Managing Director of Professional Polishing Services stated: “I think there are still misconceptions about the engineering industry, that everything is manual, heavy work and women aren’t physically suited to it. These misconceptions about the industry need to be erased by greater communication and we want to improve the image of the sector to women who want to work within this industry.”

The Women’s Engineering Society also found that there is now very little gender difference in take up of and achievement in core STEM GCSE subjects. Additionally, only 15.8% of engineering and technology undergraduates in the UK are female. Compared with India: where over 30% of engineering students are women on engineering courses account for over 30% of the students.

Karen Drinkwater, Company Director at JSC Rotational said: “I think if we look across the board we are not recruiting enough female engineers. The only way you are going to appeal to future generations is to celebrate the achievements of the women who are already in the industry. If you compare engineering with other competitive industries which A* students go into we need to become all inclusive.”

International Women in Engineering Day takes place on 23 June annually. This day focuses attention on the amazing careers in engineering and technical roles for girls, and allows the sector to celebrate the achievements of outstanding women engineers.

Baroness Burt concluded: “Women represent more than 50% of the population, so we need to be using their skills, talents and potential in one of the most important professions that we have in this country. It is hugely important to celebrate the achievements of women in engineering today, but we must ensure moving forwards that there is an increase in women taking an interest in this great sector.”